Go to content
OUR STORY
Exclusive jewels, rare pocket or wrist watches, refined silverware, that's what we work with!
In the last 15 years we also developed investment gold and certified diamonds' branch.
We aim to bring our sophisticated clientele back to that refined time when the splendid object overshadowed its container, doing our best in fulfilling their quest for a particular item, as desirable as this may be, as much as directing them towards something yet to be unveiled.

We are speciazlized in jewelry restoration: it requires several technical steps in order to bring each piece as close as possible to its original condition. Many processes are used to restore jewelry including cleaning, polishing, replacing lost stones, re-cutting chipped diamonds and gemstones, repairing broken and worn prongs, thickening bezel walls, fixing bent shanks, replacing worn or broken shanks, engraving, applying filigree or millegraining, even removing incorrect “repairs” and poorly performed solder seams.
THE FOUNDER, PASSION & EXPERIENCE
In 1996 i decided to make a profession out of my passion forming a company dedicated to the commerce of antique jewellery, watches, valuables and precious stones.
I am active in the mediation and analytical expertise of precious objects, also providing legally recognised reports on the value and age of precious objects, as well as the owner of Roberto Borghesi d.o.o., which operates wholesale and retail trade in investment gold and diamonds, antique and period jewellery, silverware, rare watches and collectibles,  This company, based in Slovenia,  is also often present at major international auctions.
My expertise is customarily sought by several regional authorities – both state-owned or private – the Police forces, the Courts, the Municipality of Trieste, Civic Museums and auction houses around the Region.

I regularly collaborate with the Municipality of Trieste and the Assessorato alla Cultura for the analysis and valuation of precious objects and I was the curator of an initiative with charitable purposes promoted by the Municipality of Trieste, “Distracted Trieste”, in which I provided the valuation of a large collection of antique and vintage objects from the state-owned Lost & Found agency ranging from 1938 to 2000.
For the past 25 years I have been leading exhibitions and cultural events; in December 1996, I launched the first edition of the Buy or Bid, an auction-style event for the promotion and sale of precious objects, silverware and watches offered to the public with a sort of counter-offer system. The event, held twice a year, has become extremely popular, having placed for sale approximately one thousand lots each edition, entrusted by state-owned and private organisations, institutions and individuals. 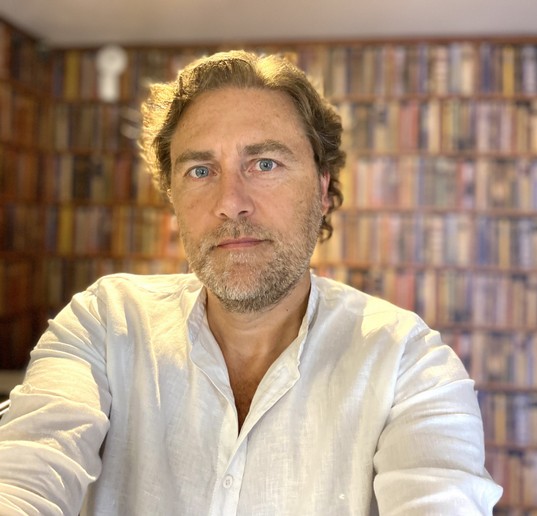 Since 2006, I have been the President of the Association of Antiquarians of the Friuli-Venezia Giulia and the curator responsible for the quality and the selection of exhibitors at TriesteAntiqua. I personally supervised the organisation of the latest edition of this event, held with great success in the Stables of the Castello di Miramare, which also renewed the promotion of the Castle’s grounds, a historical landmark, reminiscent of the Habsburgs royal family, so dear to people in Trieste.
I was the curator for the State Archives, providing a professional analysis and expertise for the valuation of precious assets owned by the Ministry of Treasury; I then effected the appraisal and restoration of judicial deposits once belonging to the Austrian administration and subsequently transferred to the Italian government after World War I. On the basis of my appraisal work, I supervised the organisation of an ad-hoc exhibition, “A Treasure Rediscovered: a Precious Austrian Inheritance in the State Archives of Trieste”. The event was held at the Museum of the Canal Grande - Palazzo Gopcevich – in Trieste.
I am the appointed investment advisor to the city’s press and editors of the sector, providing my expertise for any investment in gold coins, precious metals and watches.

MAIN PUBLICATIONS
Trieste 1918 - The first redemption ninety years after: THE TREASURE REDISCOVERED
treatise on traditional jewelry and goldsmithing of the Adriatic coast between the XVIII and the 19th century
Silvana Editoriale spa - 2008
Triestine, Istrian and Dalmatian goldsmiths since the end of the 18th century at the dawn of the twentieth century
analysis carried out on the jewels of the State Archives of Trieste -  for use by the State Archives
Self-published, 2008

Traditional gold and new fashions: precious uses and customs of Austrian Trieste
studies carried out on two centuries of jewelry history in the areas of Trieste, Gorizia, Aquileia, in parts of Istria and Dalmatia, in the udinese area,
of Carnico and Tolmezzino, between the end of the 18th century and the first part of 20th century.
ASSOCIATIVE OFFICES AND AWARDS
Since July 2006 he has been President of the Antiques Association of Friuli Venezia Giulia.
From 2006 to 2011 he was a member of the Board of Directors of Confcommercio Trieste.
Co-founder and member of the Board of Directors (2006 - 2009) of API (Small Industry Association) Trieste.
In May 2010 he was awarded the Loyalty to Work and Economic Progress Award  of the C.C.I.A.A. Of Trieste.
Back to content